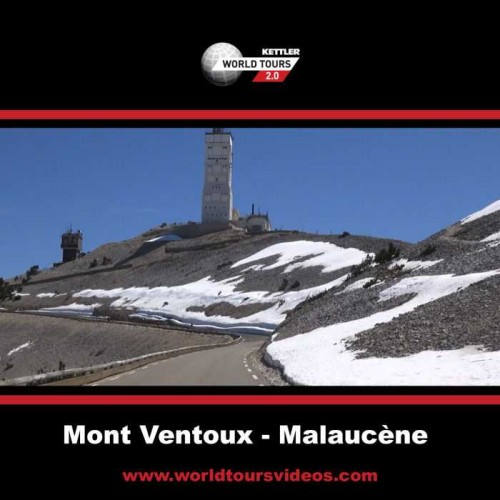 This Mont Ventoux DVD contains the climb from the south from Malaucène.